Triphenylbenzene is a kind of aromatic compound with special structure and C3 symmetry. Non-linear small molecules with triphenylbenzene as the core have highly delocalized π electrons and good optical, electrical, magnetic properties, and are a class of potential electroluminescent organic molecular materials and important organic synthesis intermediates. Triphenylbenzene derivatives containing functional groups have unique properties due to their dendritic-like spatial structure characteristics. In the field of semiconductors, triphenylbenzene derivatives can be used in electronic devices as important components such as hole transport layers, light-emitting materials, and p-type semiconductors. 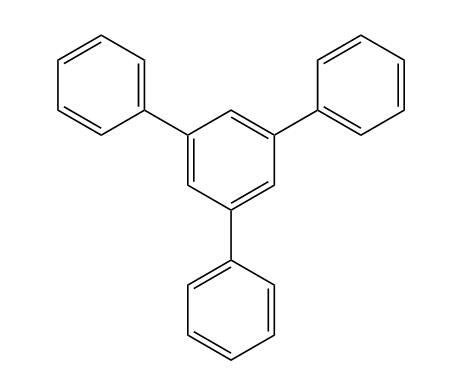