The interpenetration of thin film technology and the field of optoelectronics has led to the continuous development of optoelectronic thin film technology, and various new types of optoelectronic thin film devices have emerged. Thin film solar cells use the principle of photovoltaic effect to achieve photoelectric conversion. With the shortage of resources in the world, thin film solar cells, as a kind of photoelectric functional film, can effectively solve the problem of energy shortage, and it is pollution-free and easy to popularize on a large scale. Thin film solar cells have greater advantages: (1) After thin film is achieved, expensive semiconductor materials can be greatly saved; (2) The material preparation of thin film batteries can save many processes; (3) Thin-film solar cells use cheap substrates (ceramics, stainless steel, etc.) to obtain large-area battery modules and reduce the efficiency loss caused by series and parallel connections between modules. At present, thin film solar cells can be divided into silicon thin-film type, compound semiconductor thin-film type and organic thin-film type according to their materials. Thin film solar cells have significant advantages such as potential low price of materials, easy processing, large-area film formation, designability of molecular and film properties, light weight, and flexibility. It can be widely used in the construction of power stations, buildings, ecological roofs, and urban street lights. 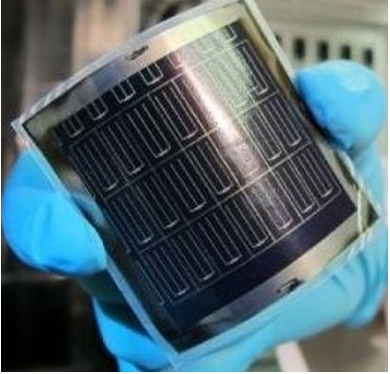