In essence, fuel cell is a kind of power generation device that can isothermal and directly convert the chemical energy stored in fuel and oxidizer into electricity, which has the advantages of high efficiency and no pollution. Furthermore, fuel cell does not have to go through thermal engine process, and it is not limited by Carnot cycle, so the energy conversion efficiency of the full cell is high. Therefore, fuel cells have attracted worldwide attention once reported. Fuel cells generate electricity in the same way as chemical power sources, with electrodes providing a place for electron transfer. During fuel cell operation, the anode catalyzes fuel and the cathode catalyzes oxidant. Moreover, conducting ions migrate in an electrolyte that separates anode from cathode, and electrons pass through an external circuit to do work and form an electrical circuit. At the anode, hydrogen reacts with OH- in the base to produce water and electrons under the action of an electrocatalyst. The electrons pass through the external circuit to the cathode and participate in the reduction reaction of oxygen under the action of cathode electrocatalyst. 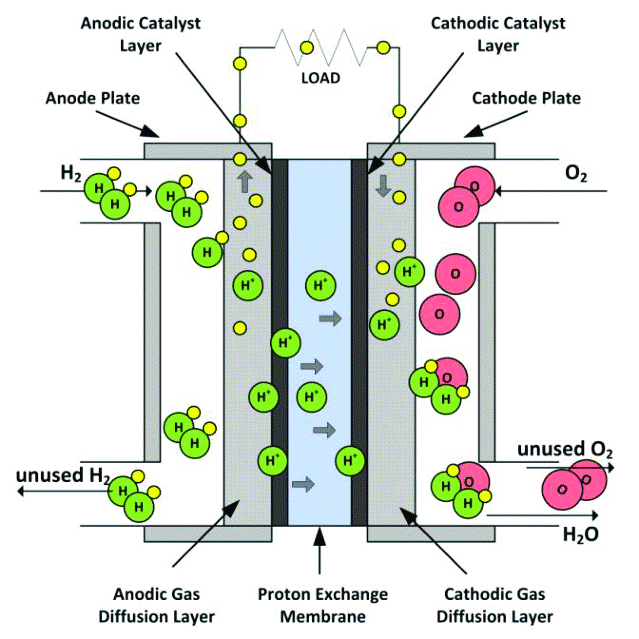 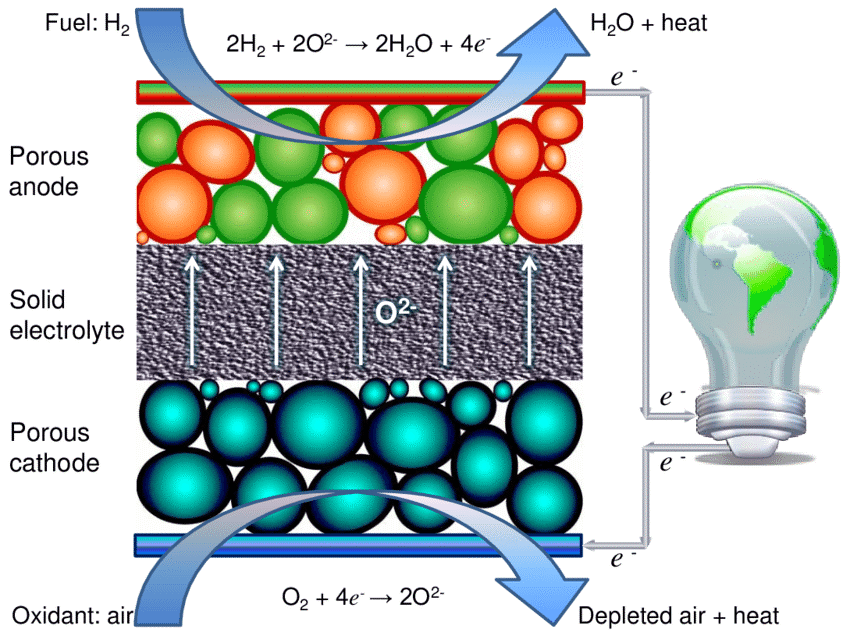