Polymer/macromolecular semiconductor materials are widely used in organic electronic devices due to their molecular design diversity and mechanical flexibility. Donor-acceptor (DA) conjugated polymers are a class of semiconducting polymers/macromolecular materials formed by alternate conjugation of donor units and acceptor units. The biggest advantage of DA polymer/macromolecular semiconductor materials lies in the tunability of their own properties, which can improve solubility, photophysical properties, electrochemical properties, crystallinity, etc. by adjusting the structure of donors, acceptors and side chains. And because of the intramolecular and intermolecular "push-pull" effect between the donor and acceptor units. This effect can effectively improve the stacking mode in the polymer film, so that the unitary stacking of the polymer is more compact and orderly, and thus has higher device performance. The properties of semiconductor materials can be well regulated by changing the DA structure inside the polymer/macromolecule, which plays an important role in organic field effect transistors and organic diodes. In addition, by adjusting the ratio of its internal donor and acceptor, the polymer/macromolecular band gap can be regulated, and a low band gap material can be fabricated, which has important applications in organic solar cells. 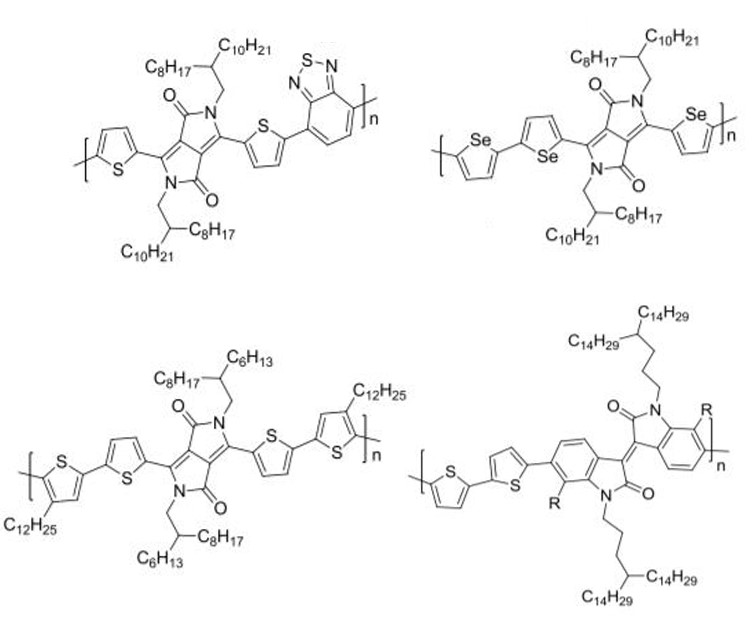