With the continuous development of the industrialization process, humans have an increasing demand for traditional fossil resources (oil, coal, natural gas, etc.). As a result, its mining has intensified, reserves have fallen sharply, and mining has become more difficult. The pollutants generated during the use of fossil energy have also made environmental pollution problems intensified. In order to solve energy and environmental problems, non-polluting, inexhaustible, and inexhaustible new energy sources have become people's new demands, such as wind energy, solar energy, water potential energy, geothermal energy, tidal energy, biomass energy, etc. As the source of all the energy of the earth, solar energy has received more and more attention. Solar cells are devices that directly convert light energy into electrical energy through photoelectric or photochemical effects, and then the electrical energy can be converted into thermal energy, light energy and other forms for utilization, so as to realize the full use of solar energy. Therefore, solar cell materials are the most important way to use solar energy. According to the different types and states of materials, solar cells mainly include the following types: crystalline silicon solar cells, thin film solar cells, organic solar cells, dye-sensitized solar cells, perovskite solar cells, and quantum dot solar cells. The semiconductor p-n junction in the solar cell generates a photoelectromotive force effect to directly convert solar energy into electrical energy. It can be seen that the most important and critical component of solar cells is semiconductor materials. The pros and cons of semiconductor materials are closely related to the conversion efficiency of solar cells. 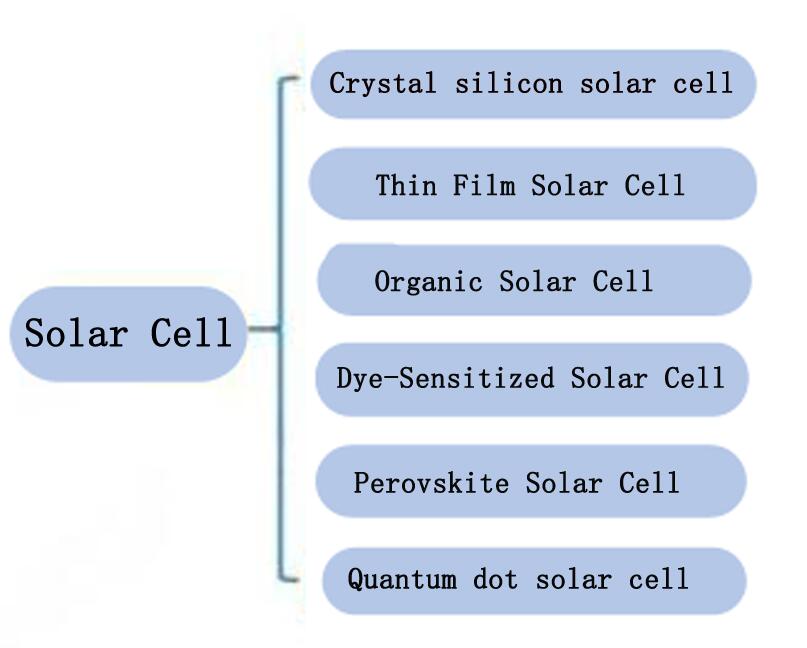